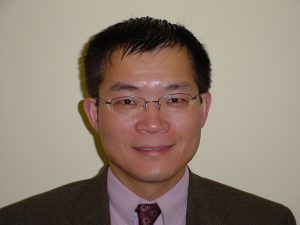 Dr. Yonghao Ni received his Bachelor of Engineering in Xi’an, China, and then he went on to do a Masters and PhD in Chemical Engineering at McGill University where he received an “excellent” rating for both of his thesis. Dr. Yonghao Ni received numerous awards including the Merit Award from the University of New Brunswick in 1999, 2008 and 2015, the International Collaboration Award from Hunan Province China in 2013, Howard Rapson Memorial Award 2010, and the Douglas Atack Award in Pulp and Paper Technical Association of Canada in 1999, 2004, 2005, 2007 and 2008. He has directed research projects for 74 undergraduate students, 65 graduate students, 15 research assistants and 62 postdoctoral fellows and visiting scholars. With a long standing dedication to academia, he published 312 scientific papers in refereed journals, authored 141 publications in conference proceedings; and also has 21 patents and patent applications. He provided consulting services to 33 companies and mills in North America, Europe and Asia. He was the conference chair at the 63rd Canadian Chemical Engineering Conference in 2013, was a director at PAPIER 2010-2013 and was on the scientific/ organizing committee of 14 international conferences. Currently he is on the NSERC Advisory Committee on University-Industry grants, Chair at the research committee at PAPTAC, he also teaches at the University of New Brunswick and serves as the Chair at the Department of Chemical Engineering. 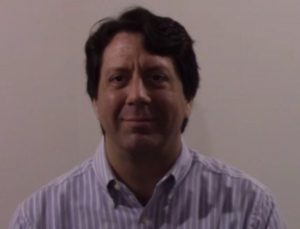 Jonathan obtained his degree in Bachelor of Science in Biomedical Engineering Technology from DeVry University in Phoenix, Arizona in 2011. He received the Freshman Writer’s Award recognizing his writing ability, he was on the Dean’s list, as well as he received community service pins for volunteering at a Health System Research Institute. He holds Management and Strategy Institute certifications in Lean Project Management and Lean Six Sigma Green Belt. He worked as a Clinical Research Coordinator, Data Manager and Research Assistant at a Private Research Practice where he applied the 5S process to re-engineer clinical research practices for PI. He also worked in Biomedical Engineering, and has experience in medical instrumentation and healthcare IT. Jonathan completed an OnSite RX Engineering internship where he had JVM electronics tablet dispensing and packaging system (ATDPS) training. He earned 811/900 on his Pharmacy Technician Certification Exam. He was Pharmacy Technician in a new acute care hospital where he established the pharmacy department. He also worked as a pharmacy technician in OnSiteRx. For six year he has been working as Project Manager in a family business. He maintains his Pharmacy Technician Certification Board credentials in order to continue teaching and compound IV Admixture fluids for clinical research studies according to USP <797> standards. His professional affiliation include membership in the American Society of Health-System Pharmacy (ASHP), the Institute of Electrical and Electronics Engineers (IEEE), and the Biomedical Engineering Society (BMES). He is a skilled critical thinker, problem solver, and has a knack for innovation, always taking on new projects to challenge and exert his creative abilities. 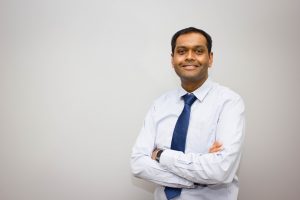 Kumaran developed Smart Skin technologies as a project in his University classroom. Initially in 2008 he developed a nano-technology “skin” for use in prosthetics, to apply as a glove or sensor.  But since then Smart Skin grew and explored other commercial markets, including mobile phones, gaming, sports training and before arriving in their revenue generating stream of industrial packaging. Smart Skin technologies has won a variety of awards since its inception in 2008, including several business plan and engineering competitions and a Special Award for Social Awareness at the Canadian Engineering Competition in 2009. Smart Skin Technologies won four awards at the NBIF Breakthru Competitions in 2009, including Best Young Entrepreneur, Best Presentation, Best University Venture and the Viewers’ Choice Award. Kumaran has been recognized as a young entrepreneur and has raised $6 million to fund research and commercialization of Smart Skin’s novel sensor technology. Currently Smart Skin Technologies has 15 employees and is based out of Fredericton, New Brunswick. Kumaran has been nominated for Top 25 Canadian Immigrant awards in 2016.